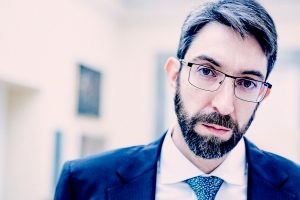 Thanks to your intense activity as conductor, artistic director, music scholar and critical editor, you managed to develop an important series of music projects on a very special Viennese triad: Mozart, Haydn and Martín y Soler. So you really re-create, this way, that special authentic Vienna musical atmosphere of the 1780s, when Haydn was already a papa and both Mozart and Martín y Soler (backed by those great librettos by Da Ponte) became the Theatre Opera Best Sellers from Vienna to Prague with their Nozze di Figaro, Una cosa rara, Don Giovanni and L’arbore di Diana, and Martín y Soler was so successful to become the favourite composer of the Imperial Court. What fascinated and fascinates you most about the music of Martín y Soler? And, in your opinion, what characteristics of his music and of his operas impressed and attracted the 18th century audience so much that Martín y Soler’s operas managed to receive such an extraordinary amount of theatre performances for that period (almost 100 performances only for Una cosa rara and the usual theatre income for 24 successful performances was ca. 20,000 florins, i.e. ca. 140,000 modern US dollars: Mozart’s annual Imperial salary was 800 florins, i.e. ca. 4,800 modern US dollars)?